The other day I was sitting at the kitchen table, spacing out, when slam! onto the table comes this book. 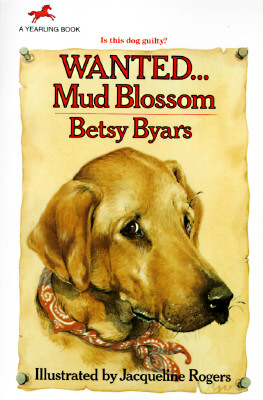 "This book is bad!" she said (pretty fiercely, I can tell you).

"Of course not!" (Try to imagine someone very small looking as outraged as possible.) "I'm not going to read this book. I'm going to throw it!" (She does.)

"What seems to be the problem?"

"This is supposed to be a book for kids, right? But look!" She points to the back of the book (after picking it up), and show me with a particularly insistent finger where it reads: "With disappearances, a possible kidnapping, and maybe even a murder or two, it's anything but a boring weekend at the Blossoms'."

"Hmm," I started to say, but the truth is, it couldn't have mattered less what I said, because she was off and running, both thrilled and horrified by her proximity to something so dangerous.

I do care about what my kids are exposed to, in a general sort of way. When Diana read so early, it was a real focus of mine to try to keep her away from the Metro section of the New York Times, where she was always just about to begin on some article about a man who impregnated his daughter multiple times, then threw the babies down the air shaft. But that is, I think we can agree, a fairly easy call, parent-wise, when you have a six-year-old. It's other things, things in some YA and kids books, that are trickier, as I have already talked about here and here. But that's been coming at it from a whole other angle, a child hungrily reading everything in sight comes upon a few weird things, most of which will fly right over her head. This was a child finding a book that I am all but certain had nothing weird in it, and being tantalized. Horrified, indignant, but without question pretty thrilled.

I am not sure what to think about it. It calls to mind the fervor with which my friends and I swore to each other that we would never try cigarettes. Or drugs! Or anything with boys! Never! Never! Never! I'm guessing you know how that went.
It's the old "Methinks thou doth protest too much."

At any rate, the next day Chestnut was looking for poor old Mud Blossom. "Why?" I asked her. "I thought you…"

"Yeah, but my friend at school heard about it, and her sister's been calling her a girly-girl, so she asked me to bring it to her so she could prove her wrong." I'm still wondering how that went.