I was rummaging through one of the ever-present stacks of library-books-to-be-returned when I found something unexpected. This: 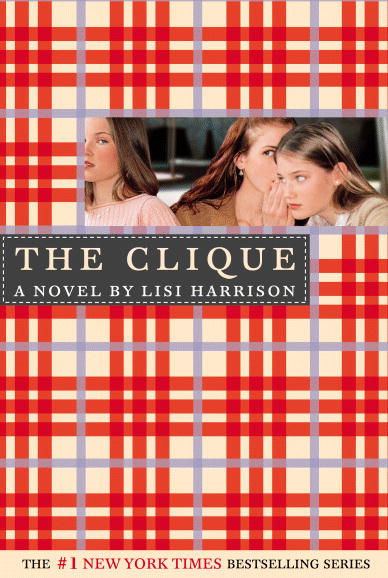 I was…surprised. My children's reading tends toward fantasy, magic, witches—not these.

For those of you unfamiliar with the series, it's basically about everything you fear, as the parent of a girl: a vicious pretty-rich-girl clique at a middle school, with all the nasty, fierce girl-on-girl emotional violence a person could imagine. There are losers, kids in the in crowd, many many many designer labels—it's a sort of girls horror story: all the violence is social and emotional.

I'd read the arguments, the hand-wringing, the despair of parents over this series years ago when it first came out. I thought, at the time, that I wouldn't want my kid to read it. But here it was, in my living room, and what was I going to do about? Well, I was going to read it, of course.

I got through the first two chapters when it was time to make dinner, and though I itched to get back to it—have I mentioned I'm an omnivorous reader? Have I mentioned that I love to read junk of all kinds?—there wasn't time that night.

The next day when Diana and I were both on the subway heading to the city and the library, when I realized that I'd forgotten my own book (there are no accidents) and said, "Do you have anything I can borrow?"

"Try this," she said, handing me one of a stack of books on their way to being returned. Wizards Holiday. But that wasn't what I wanted. I spied, buried deep in the bowels of the backpack, that which I sought. "How about this?" I pulled it out, and found where I'd left off (they've painted the back of our heroine's white pants red to make it look like she has her period) when Diana said, "Um, mommy, that's for teenagers."

"Yeah, but I think you'll really like this one instead."

That's when I felt the book being forcibly removed from my hands. "I think you should read this." And with that, Wizards Holiday was placed in my hands, The Clique was returned to the dark recesses of the backpack, and I was left to wonder. "You don't want me to read it?"

"It's really junk, Mommy," but let me be clear: the face with which she said this registered not disapproval but profound embarrassment. And with that it was gone, I was left with Wizards Holiday (which I don't love), and she just didn't want to talk about it again.

I am still not exactly clear why this embarrassment happened: was it like watching a sex scene with your parents: You'd rather not acknowledge what everybody knows? Or was it that she, who is constantly receiving unsolicited grown-up accolades for the books she is reading, was embarrassed to be slumming? Or just the constant state of embarrassment that descends around age 11?

I don't know. I wonder though. It just never occurred to me that with guilty pleasures, the guilt would be transferable, somehow, along with the pleasure.

All I can tell you is that the book got returned without my pushing the issue, and I saw it get slid across the desk, tossed in a box, and whisked away from my crass reading desires. And there is this, dear reader: I really wanted to know what happened next.