Both my children, I've been pleased to discover, are something of design innovators. They have style. Not "Girl, you look good" kind of style, but more, "Wow, what an insane and interesting and ultimately pleasurable to look at outfit" sort of style.

This goes for their rooms as well. They've recently each gotten their own rooms, and they are industriously and passionately going about decorating them. The results are…surprising. Chestnut, when given a budget, went out and bought some art. In Chinatown. Art in the form of an 18-inch Ninja sculpture, that now stands poised on the top of her art station in the middle of the room. Diana also decided to put her money into art. She purchased a large, framed, paint-by-numbers scene of two deer at a mountain stream, done by someone in the 1970s by the look of it. "It's so beautiful and peaceful," she says.

And then there are the bookshelves. Here is what is interesting to me: 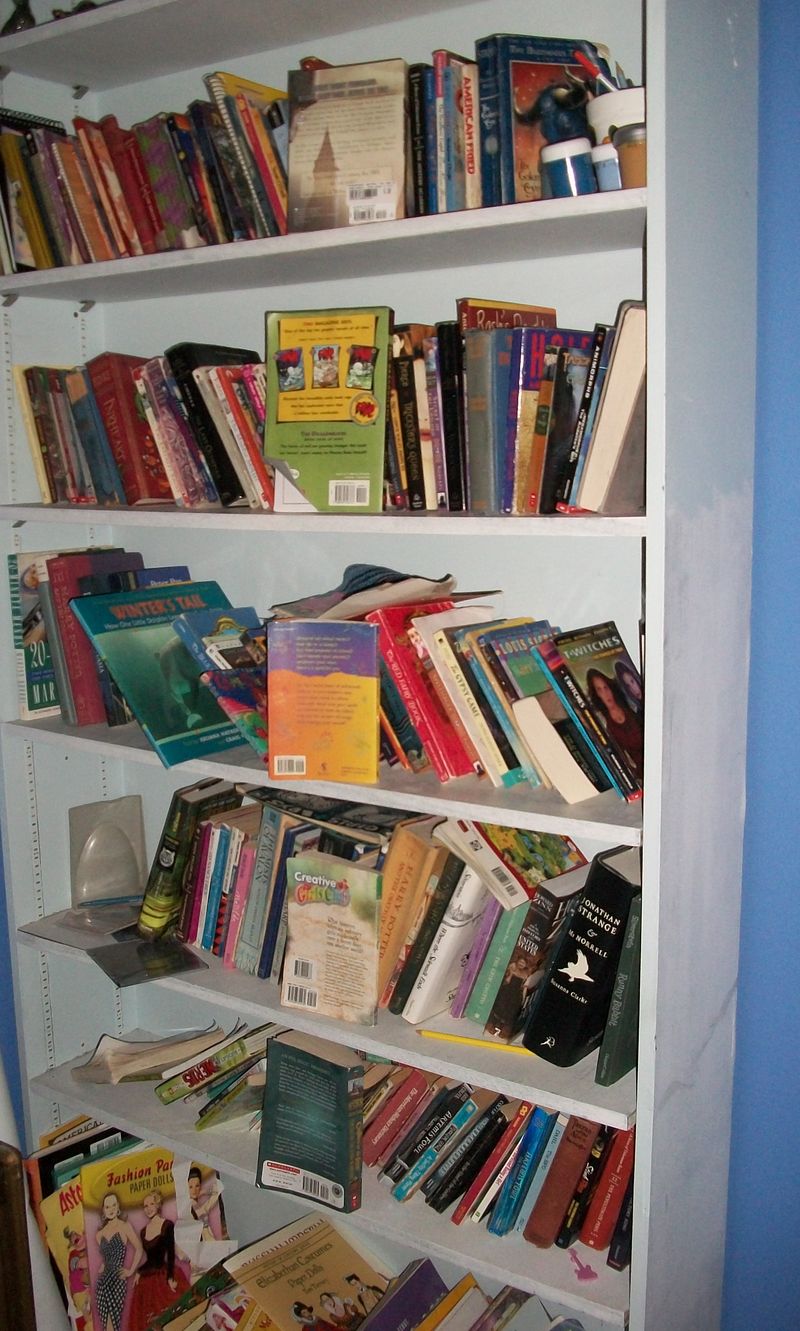 As I watched this take shape, I offered,  "Um, you know that those books are supposed to go in…"

And really, as someone who enjoys reading the back of the book, the side of the cereal box, and watching the previews more than the movie, I understand. Or at least I think I understand. It's just unusual is all. And hard to maintain, no doubt. It's like this all over the room, books arranged in the middle of shelves, showing the world their blurbs and synopses. At least, I think that's what the attraction is. I don't really know. And I don't want to press too hard. But seeing them there, all arranged over the insane and motley crew that makes up her library, it's really quite excellent. It conveys more than any ordinary arrangement ever could. So there you go. I'm not sure how the dewey decimal system would handle it, though.

On a separate note: is letting your child—even encouraging her to—read Kurt Vonnegut ill-advised?