One
of the nicest things that has happened as a result of writing this blog
is that in drips and drabs, publishers (and sometimes even writers!) have been sending us books. All sorts of books: YA,
fantasy novels, ghost stories, what appear to be unbound page proofs.
We get lots of books that are bilingual in Spanish, which makes me wish
we read or spoke Spanish (we don't). And what is true (though I wish it
weren't) is that we tend to get a bit spoiled.

That, at least, is the only way I can explain my reaction to a small
burgundy pamphlet that came a few weeks (months?) ago, Liselle and the
Birch Prince. 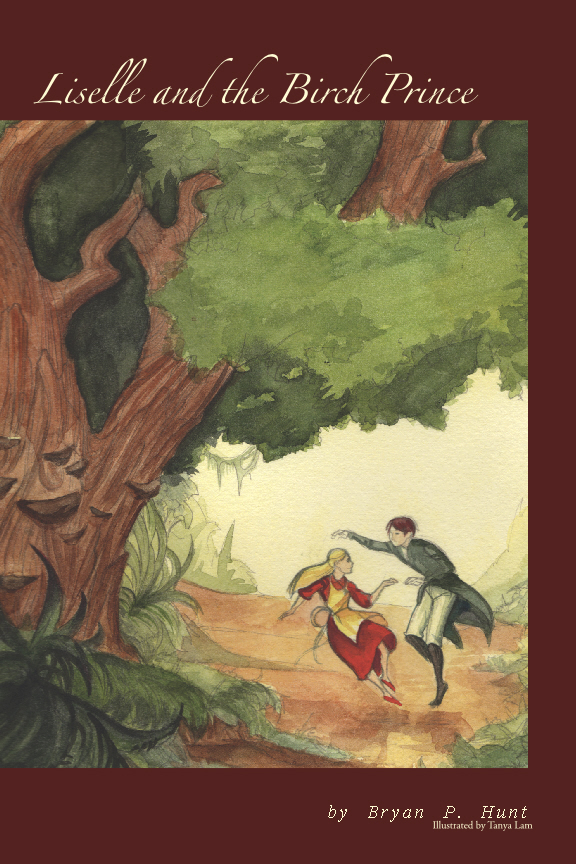 It looked extremely self-published. It had the requisite tiny unreadable
type, unappealing layout, and bad fonts. Listen to me: judge, judge,
judge. I tried to read it, and got as far as "Then the old poplar said to the
young poplars…" and put it aside. I don't have a lot of patience for this sort of framing device. And that was that.

Except it wasn't. Because Chestnut happened by one day when we were cleaning up, and the book had somehow made its way under the couch. "What is this?" my husband asked. And before I could respond with a dismissive comment, Chestnut said "Oh that? That's one of my favorite books." Huh?

"Not past the part with the poplars…"

And she was right, once you get past the twee little poplars, it's a perfectly serviceable fairy tale. With the added bonus that it hasn't been Disney-fied. Liselle suffers, as did the little mermaid once upon a time, and never gets to live happily ever after with her prince, because she sacrifices that the birches might live. And if you're an old-fashioned blood, pain, and suffering type of fairy tale fan like myself, you know how rare that is. Add to that the fact that it somehow created a chance for me to read aloud to my eight-year-old, something that is rarer and rarer, and you will find me grudgingly admiring this small, strange book.

Fairy tales are such an odd genre. Sort of like fantasy, so unreal and yet so rigid, so…bizarre. And they are, I think, good for kids much, much older than we generally think. This one, it's not perfect. But I am so glad to be reminded of what is possible.