I was under the bed in Chestnut's room (it's amazing how many posts spring from time spent under the bed) and I pulled out this book, shiny and pristine, apparently unread. 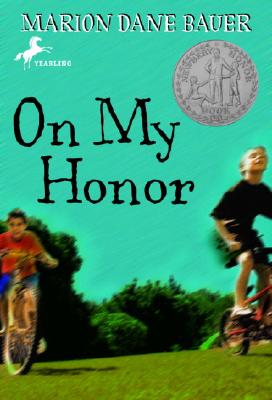 "What's this? Are you reading it? It looks good." [Note the parent judging a book by its cover, something we are never, ever supposed to do.]

"No.  I mean, it does look good, but I read the back and it looks like it might too scary for me." Then Chestnut looks up hopefully. "Could you read it for me, and tell me if it's too scary?"

"Sure!" I say cheerfully, because I am feeling, in that moment, like both a lucky and nice mother, who has just finished Morality Play, which is about murder and the bubonic plague in 14th century England and really, how much scarier can this be?

Fast forward to later that night, when I read the first chapter. By the way, this whole post should be named spoiler alert, because I plan on telling you everything that happened, so if you're going to read this book and want to be surprised, STOP NOW.

OK, so it's later that night, and I read the first chapter. And it's good. The whole first chapter is centered on the internal struggle of a boy, Joel, who doesn't want to go climbing the dangerous bluffs, though his friend Tony is urging him to. Joel wants to go swimming at the town pool, which Tony is against. Joel tries to get out of it with the time-honored-by-all-chickenhearted-kids method of saying, "Well, I've got to ask my dad" and hoping this will get him out of it. The ruse fails as his dad lets him go as long as on his honor, he only goes to the park and back.

Can you see where this is going?

I go to sleep after one chapter, interested, unsettled, but not scared.

The next morning, I take the book on the subway with me, trying to project a really relaxed air of "Oh yes, I'm reading what is clearly a child's book even though it is clear that I am 45. But I'm reading it on for someone else, OK?" I'm sure I was very successful. For about 5 minutes.

Because after 5 minutes, they stop at the river on their way to the bluffs. And Tony wants to swim, even though Joel tells him that the river is dangerous. And it quickly becomes clear that the reason Tony wants to avoid the town pool is because he can't really swim. Only it's also clear that it's clear to us, the readers, but not Joel. And the boys are both trapped in their need to seem unafraid and cool and brave, and they're both scared and sweet and uncertain. And then, oh God, Joel is so angry that he's daring Tony to race him across the river, even though he knows it's dangerous to swim in a river. But he doesn't totally get that Tony can't swim. And oh no, they're racing, and Joel makes it to the sand bar, and he turns around and Tony is gone. Gone. He is gone, because he's drowned.

See, now I'm at West 4th Street, and I'm crying on the subway and not worrying about who knows that I'm reading a book for 10-year-olds.

The rest of the book is watching Joel desperately try to make things right, then run away, then lie and pretend none of it ever happened, all of which ring horribly, terribly true. And the whole time I am thinking, "But maybe he's OK, he's really OK, just sick, or got washed downstream or something, and he's really learned his lesson and…"

But it's not OK. Joel finally has to tell his parents, and Tony's parents, what happened, and then Tony is dead, and Joel's with his father, who takes responsibility along with him: he shouldn't have let them go, both of them will just have to learn to live with it.

Which leaves me at 42nd Street, crying, trying to get it together to get off the subway without making a scene, shaken and freaked out.

It is an amazing book. I don't know what kid could handle reading it, though I can see there might be a whole bunch of boys who could identify. And I don't think any parent could possibly handle reading it. Oh and Chestnut? Yeah, I think it's too scary.