There are some books I like that are not good. For instance, Rich Men, Single Women. This is not, by almost any measure, a good book. And yet, I am there for its sordid charms.

The thing that is harder for me to grapple with is the (equally large?) number of books that I don't like that are good. Case in point: 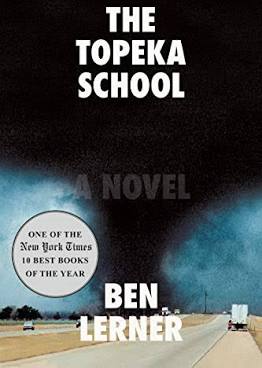 I might as well get out of the way my first (and probably lamest) complaint: The cover. Come on now! Only put a tornado on the cover if you have a tornado in the book. Tornados are terrifying and fascinating, and I am a sucker for them, so don't just tease me.

Beyond that, this book more or less endlessly pissed me off with its intelligent, thoughtful, deeply considered prose. I'd read and fume, read and grumble: Oh come on, no one is this committed to conversation. Or, Not everything has to be endlessly considered! Except then something would shift to address my concern, and I would be left with the same irritable sense until it dawned on me: I do believe this book is not my cup of tea.

I love this idea. But—is it even a thing? Really? I fear saying that is much like, "Well, it was very well done" type of remarks: saying basically that you didn't like it but don't want to own up to it. And anyway (full, damning disclosure): I don't even like tea.

But—do I really believe that my not liking something means it's not good? That can't be true, can it? Ugh, I am sure there was a class at some point when I should have been paying attention and I would have learned the true answers to all these questions. At any rate: I didn't like this book, I can say that for sure, and even admit that this decision felt almost personal and grudge-filled. I found the book chilly and stiff, prone to examining its motives to a tiring degree, though there were moments of tension and interest. Is the fault in me or in the book? Apparently, I have no idea.